Moving from science into actions: MedWaves brings together 30 national focal points and experts of the BRS Conventions in Barcelona to address challenges related to industrial POPs 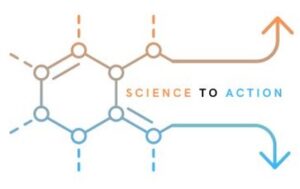 The Basel, Rotterdam and Stockholm conventions are science-based, legally binding global treaties aimed at the protection of human health and the environment from hazardous chemicals and wastes. Policy decisions taken by their governing bodies, the Conferences of the Parties (COPs), are underpinned by various scientific assessments.

Although toxic chemicals are invisible, their presence pose a serious threat. The challenge of addressing them is beyond the work of one government acting alone and synergies and cooperation as well as exchange of knowledge and collection of data are essentials to respond to this global threat. In order to create change, MedWaves is pursuing its mission to assist Mediterranean countries in phasing out toxic chemicals and transitioning to safe and innovative alternatives, building a bridge between the global (BRS Conventions), regional (Barcelona Convention) and national levels.

In this context, the centre organizes a 4-days workshop in Barcelona, bringing together national focal points of the BRS Conventions, stakeholders and experts, to promote the understanding of the scientific and technical aspects of the BRS Conventions among all stakeholders and to strengthen the science-policy cooperation to facilitate science-based decision-making on new chemicals, in particular new industrial POPs.

Acting as Regional Activity Centre for the Stockholm Convention, MedWaves has a critical role of assistance to the Mediterranean countries for the implementation of their commitments under the Stockholm Convention and in particular to develop and implement strategies/regulations for the prevention of industrial POPs. This proves to be particularly challenging for the countries due to the lack of transparency about the use of those chemicals in products. Disclosing chemicals in products is essential to move towards toxic-free environment.

The workshop will be divided in two parts.

The first two days will focus on moving “From Science to Action for the BRS conventions”, with the objective of understanding and improving the science-policy interface and “From Science to Action” under the BRS conventions, as well as exploring the link between chemicals and emerging policy issues for example within the sectors of circular economy, e-waste or exploring the risk of hazardous chemicals in plastics. Information will be provided on the progress of development of the UNEP Science Policy Panel on Chemicals, Waste and pollution prevention (UNEA Resolution 5/8),

The last two-days will be dedicated to the update of the National Implementation Plan (NIPs) and Industrial chemicals guidance for the Stockholm Convention. Parties to the Stockholm Convention will exchange on the challenges they are facing and needs to prepare a plan explaining how they are going to implement the obligations under the Convention related to new industrial POPs. Countries will share experience on the development of NIPs, as well as sharing tools for reporting and for improving the transmission of information.

Together, it is possible to provide interesting opportunities and lead the transition to non-toxic and safe circular economies.