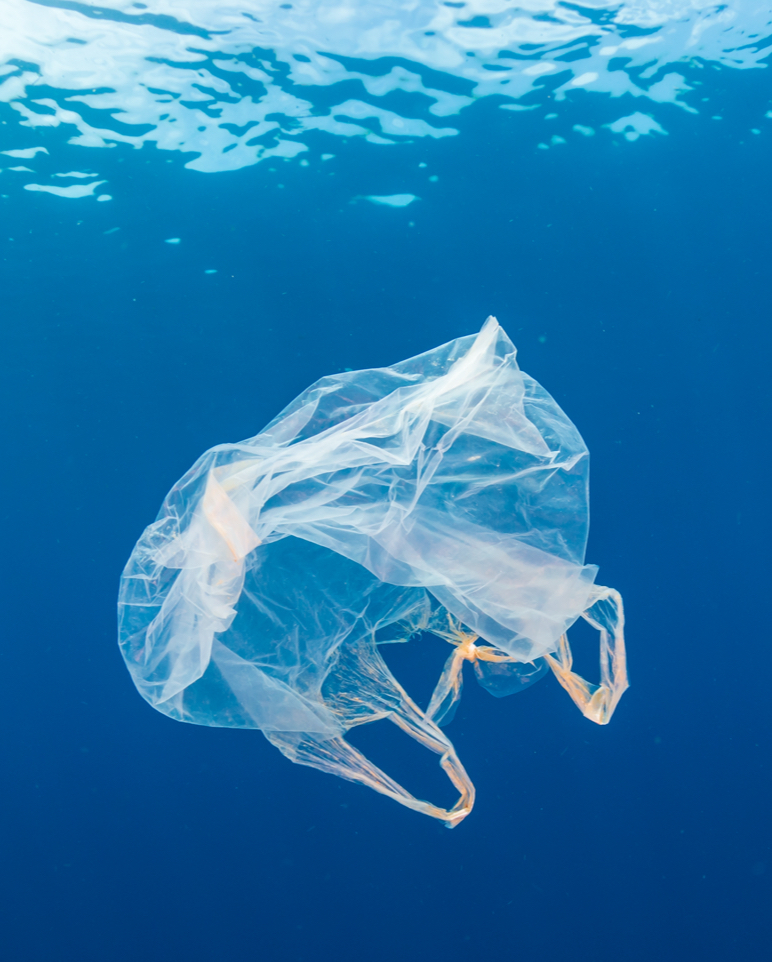 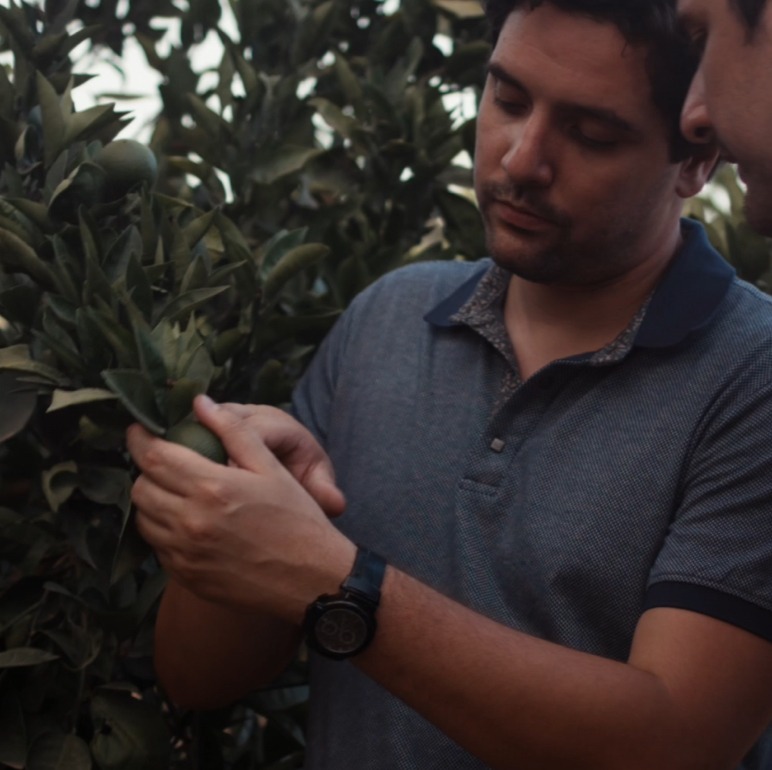 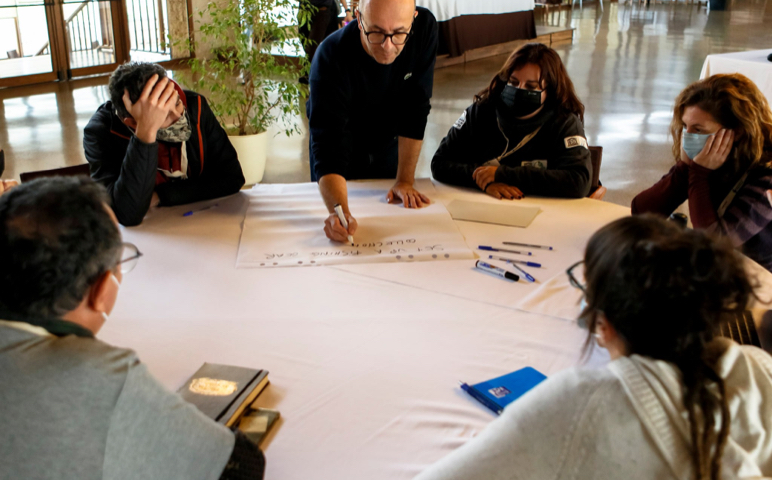 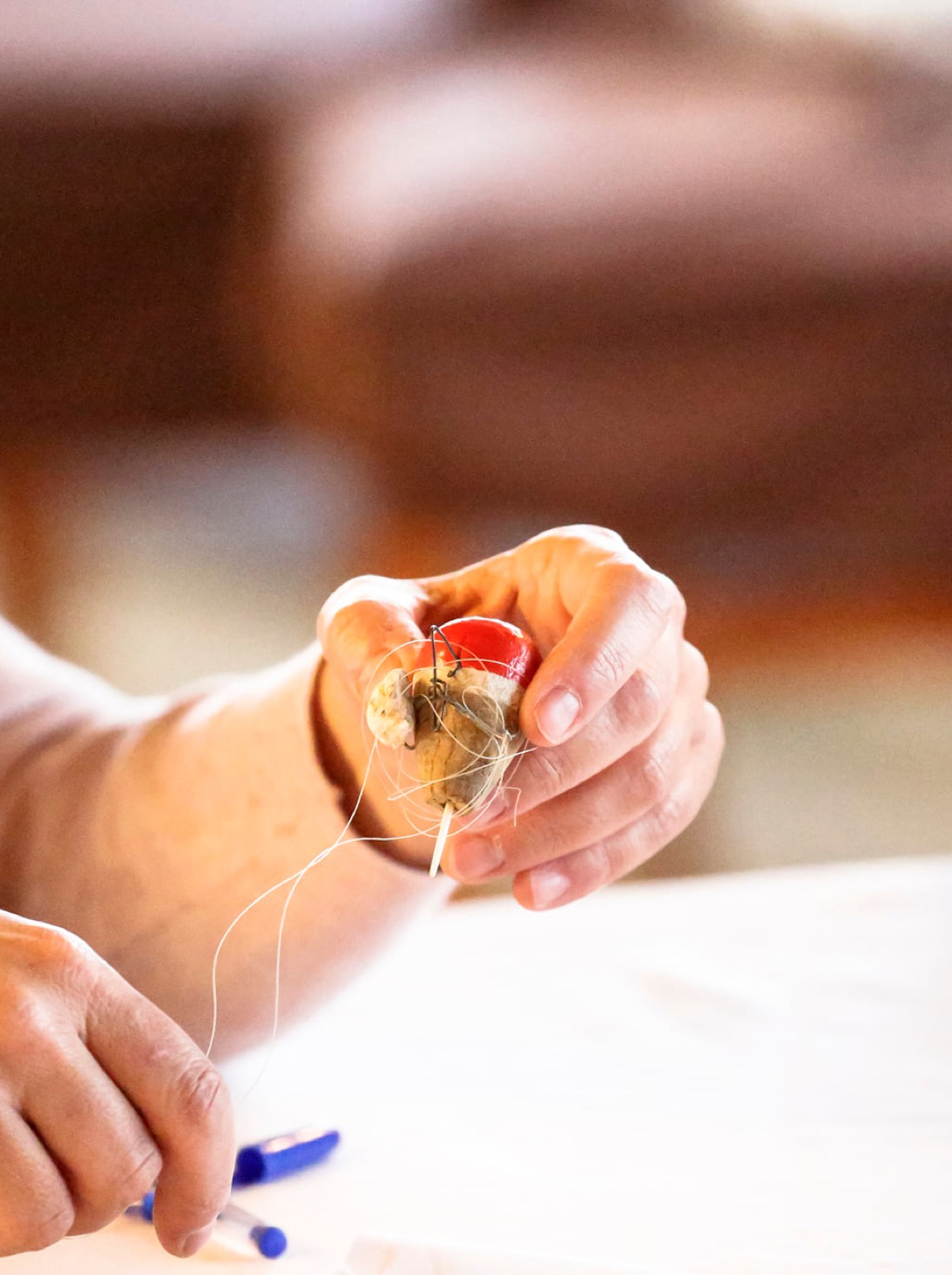 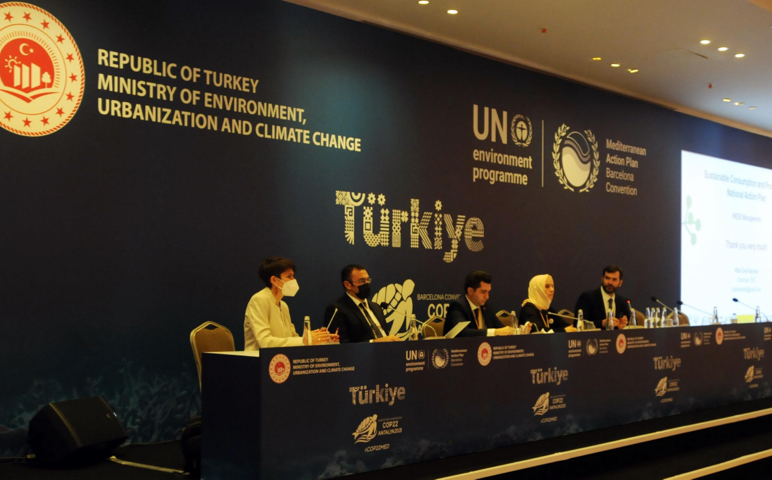 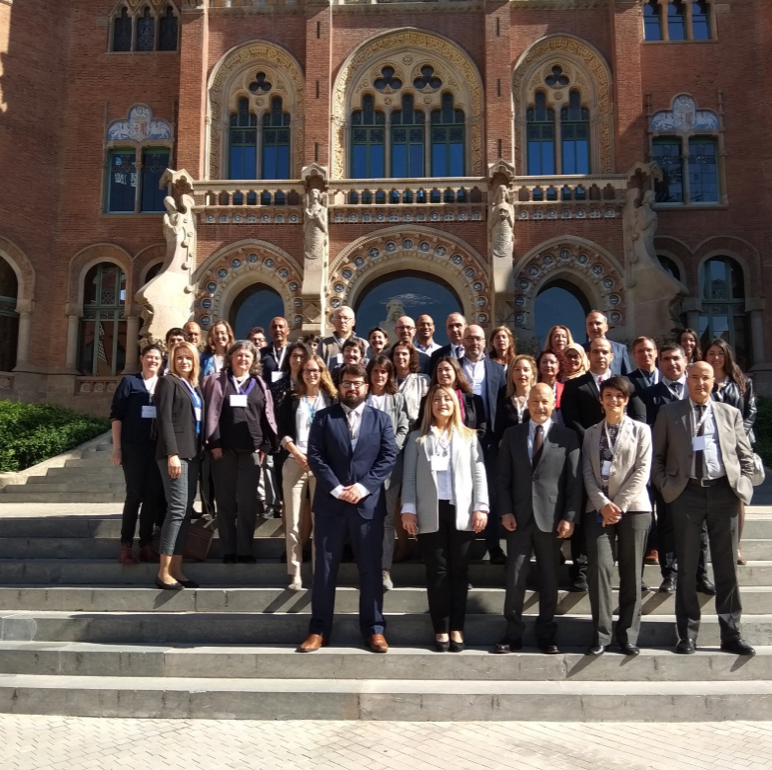 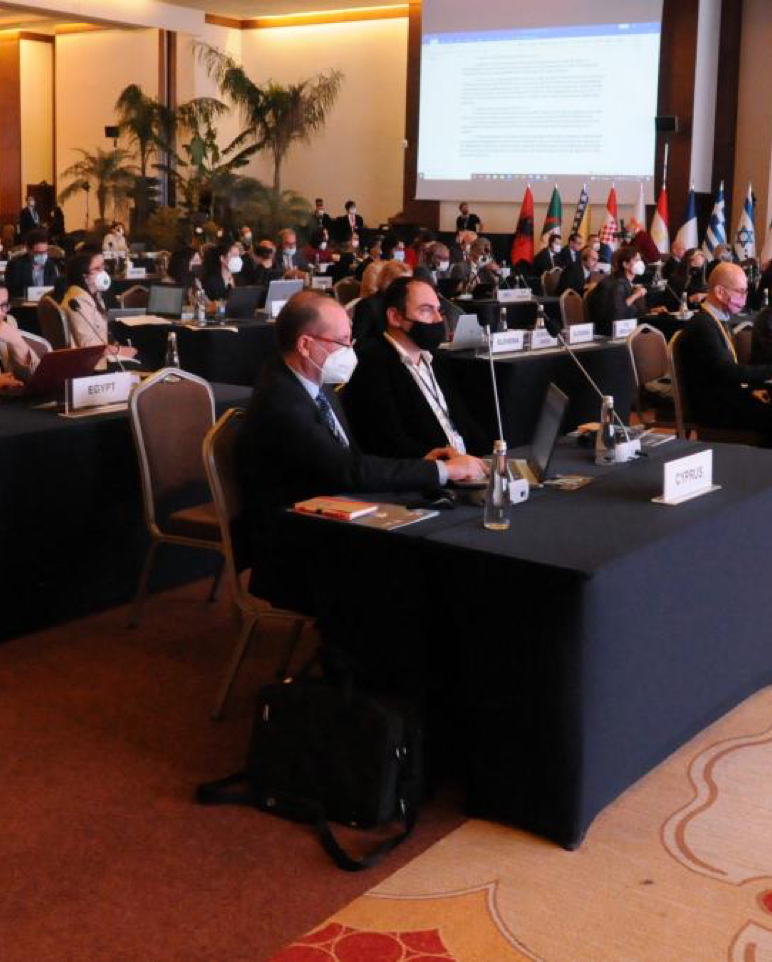 The Mediterranean basin has been the cradle of civilization for thousands of years. Located between three continents, the region has occupied a special place in history, as it has connected important ports and coastal areas. Enriched by diversity, the basin has secured a place in literature and the arts over time, a true testament to a sense of admiration shared by all.

The Mediterranean also faces pressing challenges. Its intense population density bears significant pressures on ecological resources. There are over 480 million inhabitants, coupled with an additional 360 million visitors annually as the Mediterranean is the number one tourist destination in the world.

In addition to demographic pressures, the semi-closed basin is a collection point from natural river flows that deposit a high density of waste from interior areas. The long coastlines attract 20% of all maritime traffic, consequently causing the basin to become one of the areas most affected by marine litter in the world (UNEP/MAP, 2015).

Plastic is the most prolific of the marine litter discovered in the region: accounting for up to 95-100% of total floating litter and more than 50% of litter on the seabed. The scale of discarded plastic waste, every day, is about 730 tons, which is equivalent to the weight of nearly 500 cars. This level of plastic pollution threatens to overcome fish stocks in tonnage in the very near future.

“Climate change affects the Mediterranean significantly more than the world average, particularly with warmer air and sea surface temperatures all year round. While the average air temperature is worldwide about 1.1°C higher than pre-industrial times, the Mediterranean temperatures are above to 1.5°C higher. The Intergovernmental Panel on Climate Change (IPCC) further expects temperature increases in the region of 2 to 3°C by 2050, and 3 to 5°C by 2100.”  SOED (UNEP/MAP – Plan Bleu, 2020)

As one of the areas most affected by marine litter in the world, the Mediterranean region faces the complexities of mitigating these challenges with an inspired wave of innovative leadership. People and organisations across the region are committed to working together for transformational change. Focusing the potential for change on establishing and sustaining a circular economy, it is clear that transformation is possible. Changing SCP stimulates a ripple effect of positive impacts: effectively addressing climate change, protecting and preserving biodiversity, and transitioning to a blue economy.

The Mediterranean Action Plan (MAP)—Barcelona Convention works with Contracting Parties and partners to fulfill the vision of a healthy Mediterranean Sea and Coast. Sustainable development in the region relies on this collaboration.

MAP was established in 1975 as a multilateral environmental agreement in the context of the Regional Seas Programme of the United Nations Environment Programme (UNEP). Mediterranean countries and the European Community approved MAP as the institutional framework for cooperation in addressing common challenges of marine environmental degradation.

Under the auspices of UNEP/MAP, a framework convention dedicated to the Protection of the Mediterranean Sea against Pollution was adopted in 1976 and amended two decades later to encompass the key concepts adopted at the landmark 1992 Rio Conference and to include coasts in its scope. The Convention for the Protection of the Marine Environment and the Coastal Region of the Mediterranean (Barcelona Convention) was adopted in 1995.

UNEP/MAP and the Contracting Parties to the Barcelona Convention, 21 Mediterranean countries and the European Union, have progressively erected a uniquely comprehensive institutional, legal, and implementing framework integrating essential building blocks for sustainability in the Mediterranean.

The work of the MAP—Barcelona Convention is guided by a six-year Medium-Term Strategy (MTS) and implemented through two-year Programmes of Work and budgets adopted by the meetings of the Contracting Parties.

The UNEP/MAP Medium-Term Strategy (MTS) for 2022-2027 was adopted by the 22nd Meeting of the Contracting Parties to the Barcelona Convention and its Protocols (COP 22, 7-10 December 2021, Antalya, Turkey).

Underpinning the UNEP/MAP’s role as an integrator of global processes at the regional level, the strategy encompasses contributions to the implementation of the Post-2020 Global Biodiversity Framework, the Paris Agreement, the UN Decade of Action for the SDGs, the UN Decade on Ecosystem Restoration and the UN Decade of Ocean Science for Sustainable Development.

“Progress towards a healthy, clean, sustainable and climate resilient Mediterranean Sea and Coast with productive and biologically diverse marine and coastal ecosystems, where the 2030 Agenda for sustainable development and its SDGs are achieved through the effective implementation of the Barcelona Convention, its Protocols and the Mediterranean Strategy for Sustainable Development for the benefit of people and nature.”

MedWaves and the Barcelona Convention

In the performance of its mandate to the Barcelona Convention, MedWaves is a regional centre devoted to fostering eco-innovation solutions, supporting a circular economy, preventing plastic pollution and ensuring safe alternatives to toxic chemicals through the provision of advisory services, training and accompaniment in the implementation of measures.

Transitioning to a more circular Mediterranean

One of the overall objectives of the Barcelona Convention MTS 2022-2027 is “to contribute to the Building Back Better approach of the UN framework for the immediate socio-economic response to COVID-19 and towards a ‘green recovery’ of the Mediterranean by supporting new and sustainable business models, enabling a just and green transition to a nature-based solutions and circular economy.”

MedWaves supports the overarching strategic objectives by supporting sustainable business development. In 2011, the Switchers Support Programme was established as a pioneering regional programme designed to support the creation and development of green, circular business models and enterprises in the Mediterranean. The programme continues to evolve over time through delivering training, coaching and advice, policy dialogue, networking and access to finance for business development.

Towards a Mediterranean without plastics

Pollution, in all forms, greatly damages marine systems and threatens biodiversity. Under the Protocol for the Protection of the Mediterranean Sea Against Pollution from Land-Based Sources, MedWaves plays an important coordinating role by supporting all actors who can make a difference. MedWaves supports Mediterranean governments in the development and implementation of national regulations to stop marine litter generation and contributes to strengthening the Barcelona Convention framework related to plastics and marine litter.

The centre acts to decouple economic development from the use of plastics, while delivering innovative solutions that improve social wellbeing and prevent plastic leakages to the environment, particularly in the marine environment.

A bridge between two conventions:

MedWaves operates in support of two international treaties: the Barcelona Convention for the environmental protection of the Mediterranean Region and the Stockholm Convention on Persistent Organic Pollutants (POPs). The centre has proposed an innovative approach to tackle the issue of toxic chemicals based on preventing the use of toxic substances.

Under the Protocol on the Prevention of Pollution of the Mediterranean Sea by Transboundary Movements of Hazardous Wastes and their Disposal of the Barcelona Convention, MedWaves focuses its activities on the phase out, prevention and reduction of the use of toxic substances by supporting and facilitating the adoption of safe alternatives. The centre works with governments for the adoption of appropriate regulations, such as banning of certain substances, as well as industry, entrepreneurs, experts, and civil society organisations.